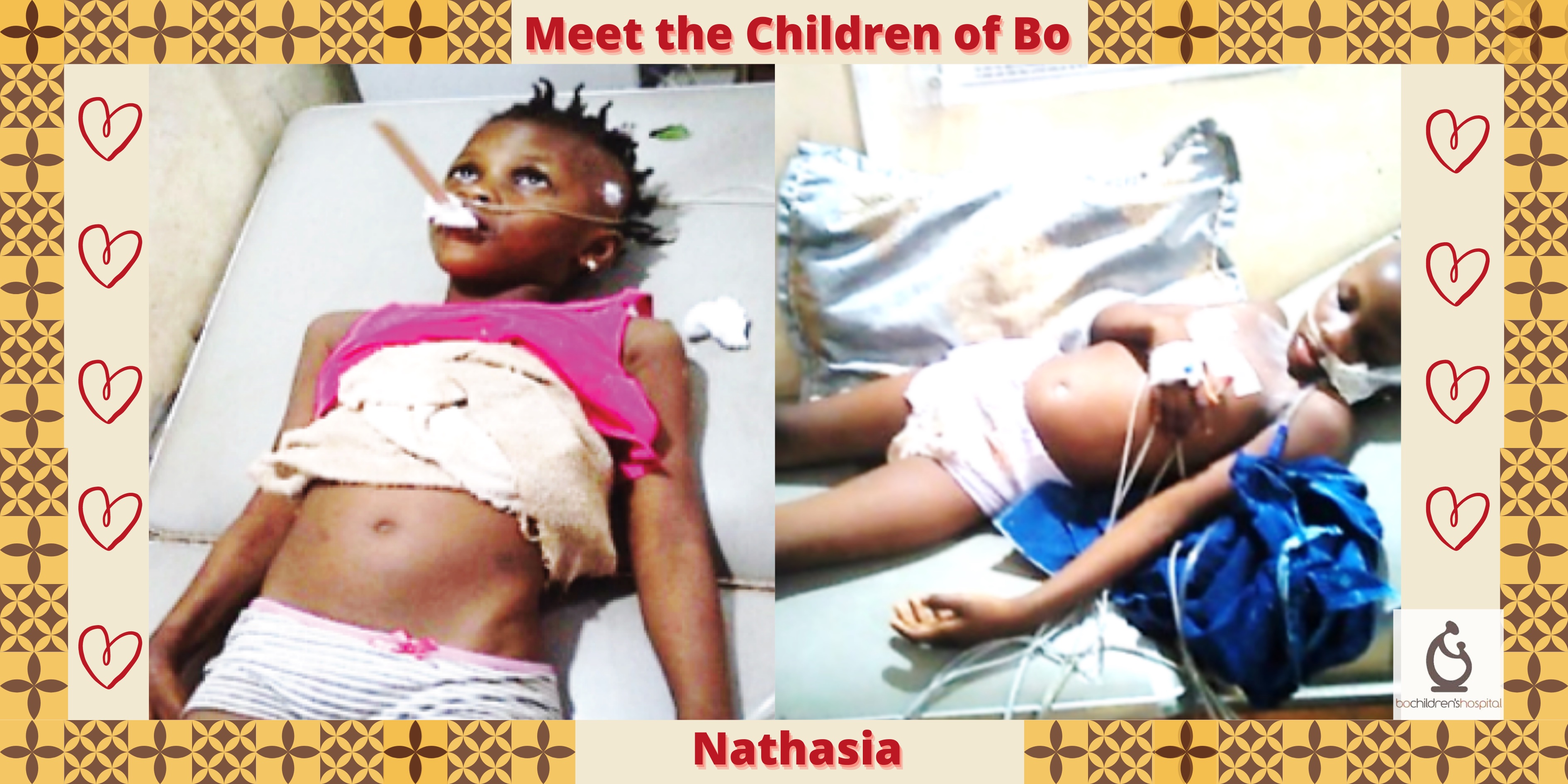 Nathasia Sesay is 6 years old and is the first child to her parents and lives with her grandmother in Bo City. Both parents are not residents in Sierra Leone but constantly contacted the BCH for updates regarding their daughter.

According to her grandmother, Nathasia was taken to a local Health Centre where was treated for malaria. However, the medication she was given was inadequate for her healing and this led them to Bo Children's Hospital with a referral note.

The Community Health Officer on duty that Sunday afternoon was Kanji Osman Daramy. On admission Nathasia was unconscious and not responding to treatment.

Laboratory tests were conducted on Nathasia and the results showed a high density of plasmodium falciparum, suggestive of complicated malaria.

After three days of treatment, Nathasia was still unconscious with an AVPU of U. On palpation, swelling of the lower abdomen characteristic of urine retention was detected. Nathasia was then catheterised, releasing a large volume of urine.

A team of nurses resuscitated her using all available means. She was administered life saving medications and her condition was closely monitored to achieve a positive outcome. CHO Kanji Osman Daramy observed that Nathasia had improved on the fourth day and had started responding to treatment.

After four weeks, Nathasia was discharged.

She is now living happily at home with her grandmother.