Our board members consists of an Executive Committee who meets once a month in Sydney, Australia and invited Committee Members. 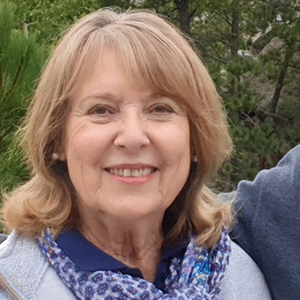 Denise was a founding Owner/Director of DCL Recruitment established in 1989.   Denise is also a member of the Rotary E Club of Greater Sydney where she is International Director.  She has previously held the office of President at the Rotary Club of Turramurra where she was awarded a Paul Harris Fellow for her work in the USA and various Rotary projects.

Denise has been a Director of the Bo Children’s Hospital Foundation since its inception in 2012 and has also been involved in the initial fundraising of the hospital since 2008. She was granted FIA accreditation in 2019. 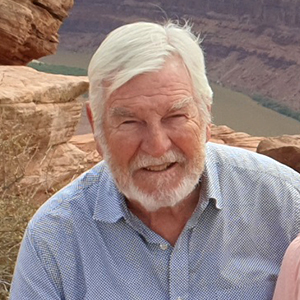 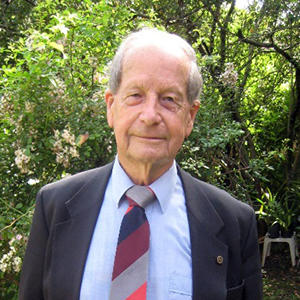 Michael Barnett is a Chartered Accountant and tax agent.  He has been running his public accounting practice for over twenty years.  He has a Commerce degree from the University of Queensland and is a Justice of the Peace for New South Wales.  Michael is a member of Turramurra Rotary Club and is a past President. 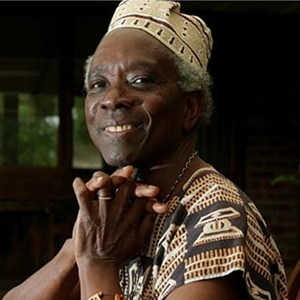 Nuli Lemoh was born and educated in Bo, Sierra Leone. He came to Australia on a Commonwealth Assistance Scholarship in 1962 to study Medicine at the University of Sydney.  After completing his undergraduate medical training, he went on to qualify as a paediatrician gaining his Membership of the Royal College of Physicians in London in 1977 and subsequently returning to Australia to practise Paediatrics at the Royal Hobart Hospital from 1978 to 1981. In 1982 with his Australian wife and three children he accepted a position as a paediatrician in Bo, Sierra Leone and a few years later moved to the capital, Freetown, to become the Chief Paediatrician of Sierra Leone and superintendent of the Princess Juliana Children’s Hospital.  Due to the outbreak of civil war in Sierra Leone in 1991 he and his family moved back to Australia, where he set up private practice as a paediatrician.

In 1990 Sierra Leone had the worst infant mortality rate in the world, 165 /1000. Nuli had a vision of building a children’s hospital in Bo, his home town. The hospital’s mission would be to treat acute illness, be a centre of excellence for care and management, and a resource to promote the education of parents and children in better health and hygiene practices.

Thanks to the support of the Sydney University International House Alumni Association, Rotary, and many wonderful donors, funds were raised to construct the hospital on the outskirts of the city of Bo. The Bo Children’s Hospital began operating in April 2012. Nine years later it has treated over 30,000 children and has gained a reputation for quality care. 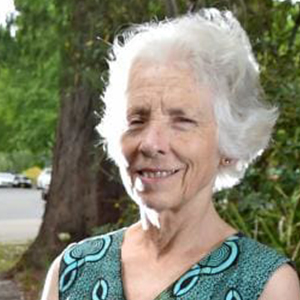 In 1982 she and their three children joined Dr Lemoh in Sierra Leone.  During their 9 year residence there she taught at Christ the King College, Bo, a boys’ secondary school and the Annie Walsh Memorial School, Freetown.  In her last year there she was a teacher at the American International School of Freetown.

On returning to live in Australia in 1991 she continued her teaching career by teaching English to immigrants at TAFE colleges in Sydney until her retirement in 2014.  Margaret is a Director on the Board of the Bo Children’s Hospital Foundation. 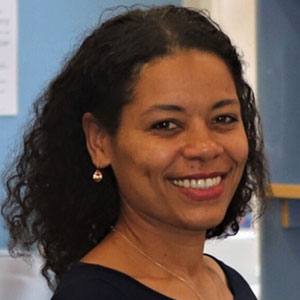 Alison Lemoh is an Intensive Care Outreach clinical nurse consultant who works as part of the medical emergency team at the Peter MacCallum Cancer Centre in Melbourne.  She is a PhD candidate at the University of Melbourne's Faculty of Medicine and Health Sciences and is based at the National Centre for Infections in Cancer (NCIC) at Peter Mac.  Her research focus is exploring the role of nursing leadership in the early recognition and timely management of patients at risk of sepsis due to infection in both high and low resourced health care settings  She previously worked the the Royal Melbourne Hospital ICU and received her specialist ICU training at the Royal Prince Alfred Hospital in Sydney.

Alison the the daughter of Nuli and Margaret Lemoh and she spent much of her childhood in Sierra Leone, living in both Bo and Freetown.  She is committed to her father's vision for Bo Children's Hospital as a centre that provides high-quality paediatric healthcare, promotes health literacy and provides essential preventative care to the community. 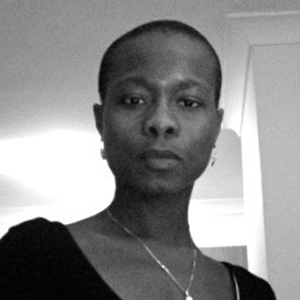 Ajaratu (AJ) was born and educated in Sierra Leone West Africa. She has lived in Australia all through her young adult life and considers it her home. AJ is a registered nurse, lawyer and public servant. She met Dr Nuli Lemoh, a fellow Sierra Leonean and one of the pioneers behind Bo Children hospital when she first came to Australia more than 15 years ago. Coming from a humble background, Ishe was inspired by Dr Lemoh’s dedication to inspiring other people to see the good in them and use it to bring better change not only in Australia but in Sierra Leone and the world. AJ took this opportunity when in 2011 to be part of his dream to build the first children’s hospital in rural Sierra Leone.  She has also met some incredible people through this journey in Australia and in Sierra Leone who continue to keep Dr Lemoh’s dream alive. 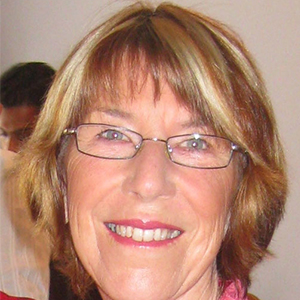 Gwen holds Masters degrees in Science (Physiology) and Arts (Applied Linguistics). She has taught Biology at the United World College in Singapore and English for Speakers of Other Languages at a Community College in Sydney.  She has also been active on the Committee of the Alumni Association of International House at the University of Sydney and played a major role in the alumni association’s initial fundraising for the development of the Bo Children’s Hospital.

Gwen is a long-term Director of the Bo Children’s Hospital Foundation and is passionate about improving the health outcomes of the children of Bo and surrounding districts. 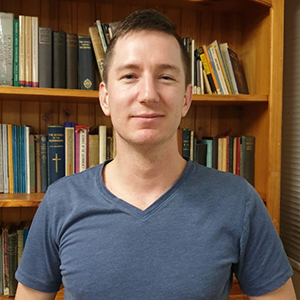 Rhys Evans is a professional fundraiser with experience in the sectors of education, research, artistic performance, international aid and development.  Rhys currently works with key supporters of Medecins Sans Frontieres Australia and Medecins Sans Frontieres New Zealand as well as Pacific Opera. He formerly worked in Canberra at the Australian National University.  Rhys is a Director of Bo Children’s Hospital. 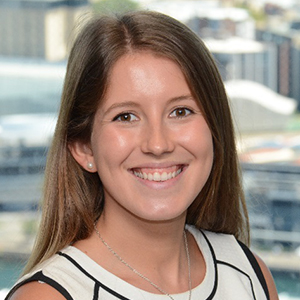 Cristina has been a director of Bo Children’s Hospital since 2017 after consulting for them through 180 Degrees, the University of Sydney. Day to day, Cristina is a Project Manager at Westpac Group where she also actively leads Pro Bono and Community groups. Cristina is also Company Secretary for batyr’s Finance Advisory Committee. Cristina is passionate about connecting help to where it’s most needed. 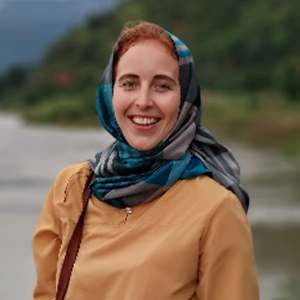 Madeleine Randell is a Senior Project Officer and PhD candidate at the University of Sydney School of Public Health. She is currently involved in the monitoring and evaluation of a UNICEF-Indonesia integrated child well-being intervention in Aceh Province, Indonesia.

This has followed on from 14 months living in Jakarta, Indonesia as a volunteer Public Health Research Advisor with local civil society organization, the Centre of Indonesia’s Strategic Development Initiatives (CISDI).

Madeleine completed a Master of International Public Health in 2014. Since 2011 she has co-authored several papers, with a career highlight being the opportunity to work with the Medical Research Council in Uganda to provide statistical analysis support. She has also been a Director of the Bo Children’s Hospital Foundation since early 2019. 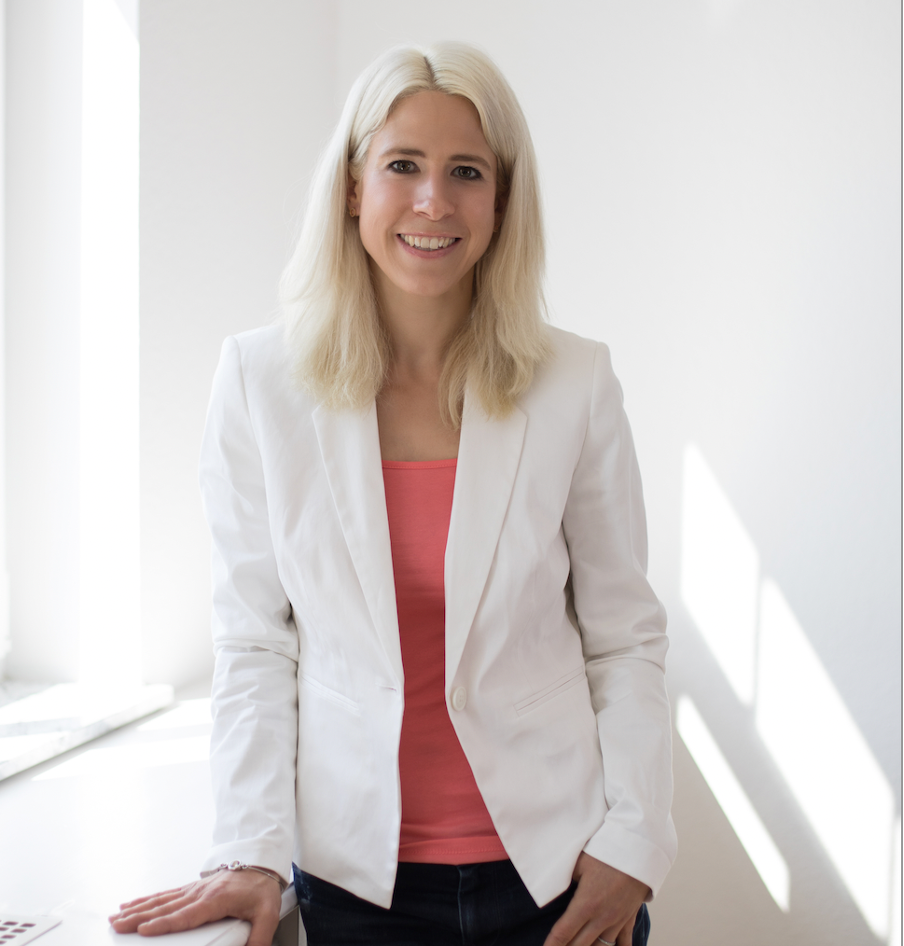 Dr Julia Carless is an experienced Strategy, Innovation & Execution professional who was worked in various leading organisations across the globe, with her latest position as a Director at Westpac in Australia. She is passionate about health, cultures and diversity and loves bringing different perspectives together to drive innovation and change. When she first heard about the Bo Children's Hospital, she was instantly intrigued by its purposeful mission and is highly dedicated to help the hospital thrive and support the local community in Sierra Leone.